Driving test centres: What are the 2019 pass rates?

When learning to drive, your end goal is, of course, wanting to pass your driving test as quickly and as efficiently as you possibly can. After all, doing it as soon as possible saves you time and money, and gets you on the road to independence.

Theoretically, every driving test centre should give you the same chances of passing your driving test, since they all follow the same testing procedure. But is that the case? Read on: the statistics may surprise you!

As mentioned, every driving test centre has to follow the same standardised test, which is set and administered by the DVSA in Great Britain, and the DVA in Northern Ireland. But while the driving test procedures are the same, the locations are not.

If you live in a bigger town or a city metropolitan area, you may find yourself struggling to pass your driving test first time, compared to someone who lives in a comparatively rural area. Cities tend to have far more complex junctions and road layouts to handle the far greater traffic count – which in itself is terrifying enough!

You won’t be surprised to hear, then, that London is by far one of the worst places to take your driving test and expect to pass for the first time. Erith, which is situated in South-East London near Dartford, has the worst passing rate in the country – with just 30.1% driving students successful at passing their driving test first time round there.

Manchester (another huge metropolitan area) is also a bad offender for low pass rates for the driving test. Both Chadderton and Cheetham Hill feature in the bottom five driving test centres in terms of pass rates, with 32.1% and 33.1% respectively.

Luckily, if any of these test centres (or any big city, for that matter) falls in your catchment area for your driving test, don’t panic! There are several things you can do to make your life easier, and give yourself the best opportunity to pass the first time.

Firstly, try learning the routes! With Driving Test Routes, you can download all the routes from any driving test centre in the UK to any device of your choice – from iPhone to TomTom. You can then practice the routes in your own time without the pressure of being examined, which allows you to build up your confidence and have a greater knowledge of where you’ll be expected to go in your driving test. So be sure to practice those tricky junctions if they appear on a test route!

Additionally, bear in mind that just because you live local to a certain driving test centre, it doesn’t necessarily mean it’s the place you have to carry out your driving test. You won’t be surprised to hear that it’s far easier to pass your test in rural Scotland’s open roads, compared to the complex urban maze of London. In fact, Golspie, a village in the Scottish Highlands, has the best pass rate out of the entire country, at 78.8%!

If you’re willing to travel, it will likely pay off. Combine that with the comprehensive Driving Test Routes mapping, and you’ll be getting yourself on the road in no time!

You can view the full list of driving test centres and their respective pass rates below: 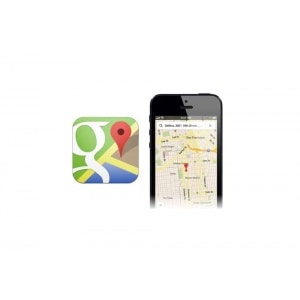 This website uses cookies to improve your experience while you navigate through the website. Out of these, the cookies that are categorized as necessary are stored on your browser as they are essential for the working of basic functionalities of the website. We also use third-party cookies that help us analyze and understand how you use this website. These cookies will be stored in your browser only with your consent. You also have the option to opt-out of these cookies. But opting out of some of these cookies may affect your browsing experience.
Necessary Always Enabled
Necessary cookies are absolutely essential for the website to function properly. This category only includes cookies that ensures basic functionalities and security features of the website. These cookies do not store any personal information.
Non-necessary
Any cookies that may not be particularly necessary for the website to function and is used specifically to collect user personal data via analytics, ads, other embedded contents are termed as non-necessary cookies. It is mandatory to procure user consent prior to running these cookies on your website.
SAVE & ACCEPT
Sponsorship
Gift voucher details

New Driver Programme finds earlier driving test slots for its customers and customers will be bound by the following terms. These terms and conditions are set out to give our customers the very best experience and overall chance of finding an earlier test.